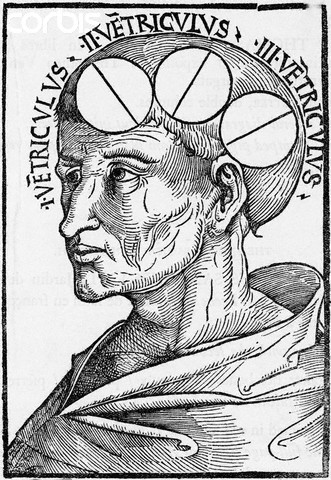 Albertus Magnus (1193-1280) believed that brain function was mediated by a system of paired ventricles or chambers. The front pair (sensus communis) was believed to be the site where the five senses are initially processed. Images created in the sensus communis were thought to be passed to the middle ventricles - the seat of reason (ratio) and thought (cognatio) - and thereafter to the posterior ventricles, the seat of memory (memoria). This ventricular model persisted well into the seventeenth century at which time it began to be seriously questioned. Prior to this model, mental function had been localized in the heart by Aristotle (Cardio-reason theories) for nearly 2000 years. For this reason, Albertus Magnus can be viewed as one of the first to try to localize brain function, a goal that has inspired much of human brain mapping research today.